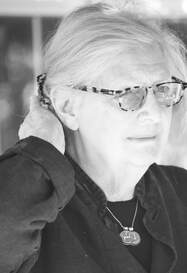 Cornelia Foss spent her formative years studying with various sculptors and painters in Rome, including John Roden, Mirko Basaldella and Stephen Green, who was resident at the American Academy in Rome. After settling in Los Angeles, she studied at the Kann Art Institute with Rico Lebrun and Howard Warsaw.
In addition to the National Academy, Ms. Foss teaches at the Art Students League where she originated a lecture series featuring painters, art historians and critics of note, including Larry Rivers, April Gornick, David Rosand and Michael Kimmelman.
Featured in numerous solo and group shows both nationally and internationally, her work is featured in the collections of the Museum of Modern Art, The Brooklyn Museum of Art, the National Museum for Women and the National Portrait Gallery in Washington, D.C. among many other public and private collections.
Fall 2015 marked the publication of Cornelia Foss: A Retrospective (Skira/Rizzoli).  Recent solo exhibitions include the Museum at Guild Hall, East Hampton, NY, 2015, Peter Marcelle Project, Southampton, NY, 2015, Gerald Peters Gallery New York, 2014, and Peter Marcelle Gallery, Bridgehampton, NY, 2013, which was accompanied by the  accompanied by the publication of her first book Cornelia Foss, Ten Years of Paintings and Drawings 2003 – 2013.
In 2009, Cornelia Foss was elected as member of the National Academy of the Arts.